What is a tobacco-free school district?

A school district that has adopted a tobacco-free schools policy prohibits tobacco use by anyone, anywhere on school district property and in district vehicles at any time. The policy applies to students, staff, visitors, and all others. This policy also extends to any school-sponsored event held off campus.

Why are tobacco-free schools important? 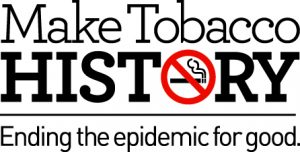 The health of California’s youth is critical to our state’s future. According to the U.S. Centers for Disease Control and Prevention, more than 35,000 Californians die from a tobacco-related illness each year. Despite this tragic figure, approximately 9 percent of California youth in ninth grade and approximately 13 percent in eleventh grade reported smoking (California Healthy Kids Survey, Weighted Statewide Data, 2009-2011). Many will become addicted and die prematurely.
Evidence shows that comprehensive school-based programs that include tobacco free policies, combined with community and mass-media efforts, can effectively prevent or postpone the onset of smoking by 20 to 40 percent among U.S. teens. (Surgeon General’s Report “Reducing Tobacco Use,” 2001).
A tobacco-free schools district policy makes schools healthier. And with an alarming rise in asthma rates in recent years, schools must take steps to reduce exposure to second hand smoke that can trigger asthma attacks.